BREXIT and the IOM Aircraft Registry

Understandably, there is much talk across the aviation industry in Europe about the effects of the UK leaving the European Union (EU) or as it is more commonly referred to - “Brexit”. Whilst the current lack of certainty pending the outcome of UK/EU negotiations is causing real concern in some areas of the aviation industry, for the Isle of Man Aircraft Registry (IOMAR) the future is very clear – it is business as usual.

The Isle of Man is not a member of the European Union - Brexit will not result in any changes to our aviation legislation. Regardless of the Brexit arrangements that are eventually agreed, on aviation safety regulation matters the IOMAR will carry on business as we do today. Our legislation, requirements and procedures for registering and operating an aircraft in the Isle of Man will not need to change in any way as a result of Brexit.

There is no impact on our process of licence validation. If the UK leaves the EU without an aviation safety agreement then it is possible that new UK bespoke (i.e. non EASA) pilot and aircraft maintenance engineer licenses are made available. As per our current processes, we would validate licences issued by the UK as a contracting state to the Convention on International Civil Aviation. If a pilot or engineer decides to transfer their current UK issued EASA licence from the UK to another EU Member State then we would also validate this licence.

There will be no restrictions on exporting a UK registered aircraft to the IOMAR. We will continue to register aircraft which have a Type Certificate (TC) issued by the USA, Canada or EASA. We consider it to be extremely unlikely if not inconceivable that the UK would put in place its own Airworthiness Code.

The IOMAR has the flexibility to ensure that UK Approved Maintenance Organisations (AMO) can continue to issue Certificates of Release to Service (CRS) to aircraft registered in the Isle of Man.  Our legislation enables us to put in place approvals to issue a CRS regardless of the outcome of Brexit negotiations and consequent future status of a UK AMO.

UK based operators of aircraft registered in the Isle of Man will need to monitor the effect on Part NCC. The future Part NCC arrangements for aircraft based in the UK remain unknown pending the UK aviation arrangements to be agreed as part of the Brexit deal. However, we have members of our team whose main focus is to support our European based clients and we will continue our utmost to help manage any unforeseen challenges they face to a successful outcome.

In conclusion, the IOMAR has clarity and certainty on the effects of Brexit and we do not expect any tangible effects on the safety regulation and oversight of aircraft registered in the Isle of Man. 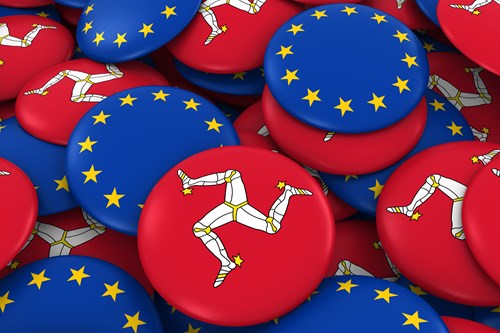