Safety is PARAMOUNT - a Pragmatic Approach to Meet YOur Needs

We take pride in listening to our Operator's needs and taking a pragmatic approach to meet them. Here are a couple of examples... 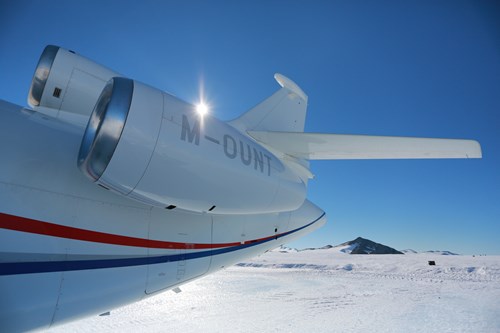 In August 2017 the Isle of Man Aircraft Registry (IOMAR) was approached by the Operator of an M-Registered Dassault Falcon 7X.

Their proposal was to perform a return private flight from Presidente Carlos Ibanez del Campo International airport (SCCI) (53°00’09”S 070°51’16”W) that serves the city of Punta Arenas in southern Chile to the Union Glacier Blue-Ice runway (SCGC) (79°46’40”S 83°19’15”W) in Antarctica, located in the Heritage Range, Ellsworth Mountains, on the glacier that gives it its name.

The flight time would be approximately 3hrs 45mins carrying three pilots plus one safety pilot/engineer and five passengers. 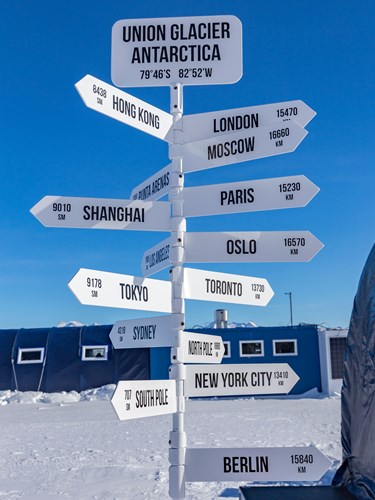 SCGC is the blue-ice runway for Union Glacier Camp in Antarctica, located in the Heritage Range, Ellsworth Mountains, 1870 miles from the Southern tip of Chile and only 600 miles from the South Pole. The naturally formed blue-ice areas require very little preparation for landing wheeled aircraft.

The runway, certified by the Chilean DGCA in 2008, is an into-wind runway with a Berg Expandable shelter that acts as the passenger terminal.

Over time, blue-ice areas remain clear of snow through a mix of the effects of wind scour and ablation. Intercontinental aircraft have a low tolerance for snow on runways and an amount of snow blowing is required during the season to maintain a clear runway. Typically, winter storms may have left hardened drifts on the runway and these will require clearing before the first intercontinental flight of the season. The effect of repeated snow blowing over several seasons will lead to a slightly smoother ice surface. Black and red marker flags are used to identify the edge of the runway, and to show the threshold and rollout zones.

SCGC runway 18 has a pre-threshold turning area 100m x 100m, three black panels mark the start and end of the runway. In between, a red drum positioned at every 500m (with a black drum 100m beyond). The width is typically 80m. 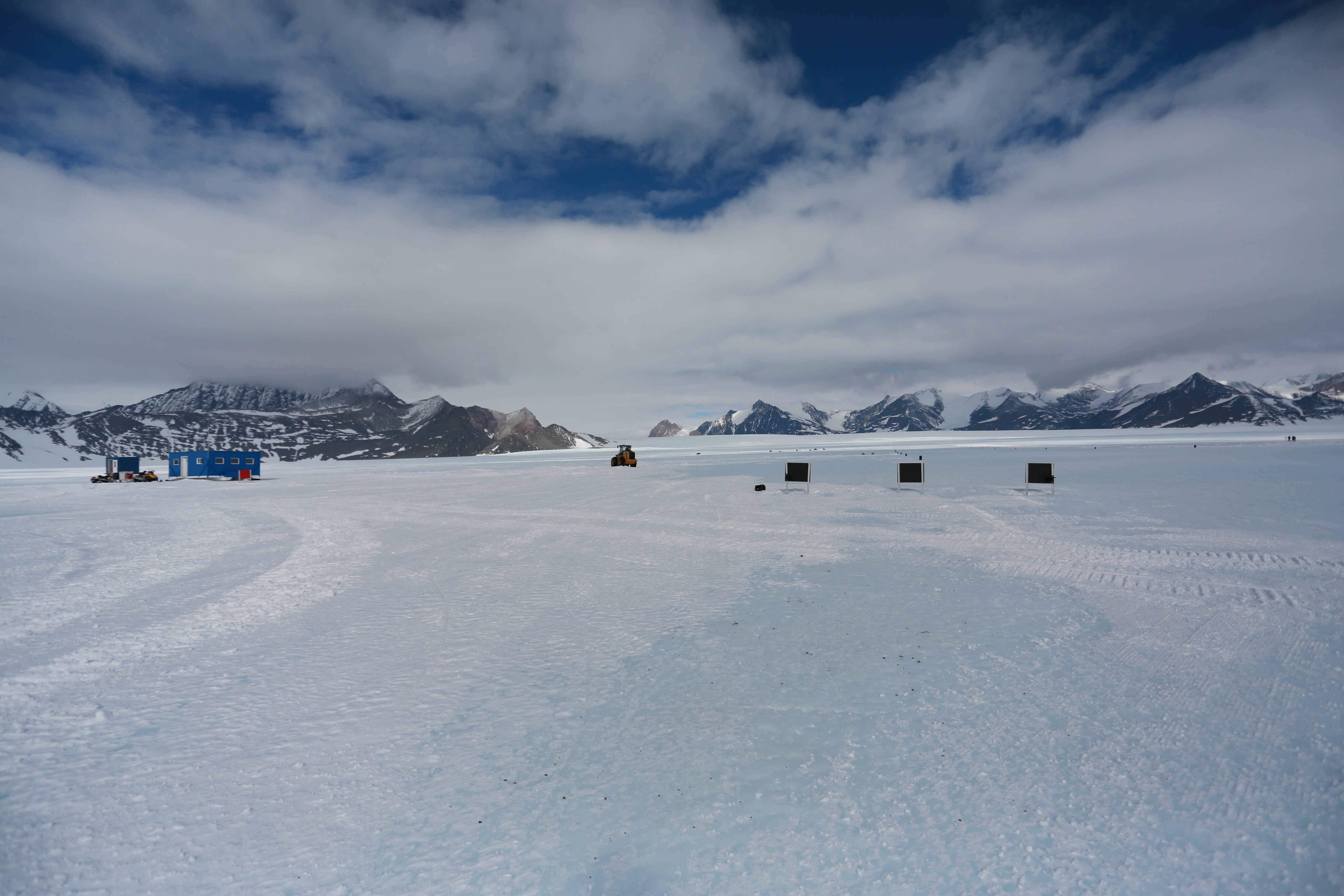 All Operator communications with the Chilean CAA regarding the flight to and from SCGC goes via the airfield operator (Antarctic Logistics & Expeditions (ALE)). Once the requested documents were submitted to ALE, landing permission for the two flights from DGAC (Chilean CAA) was received. During this process the only requirement requested by the Chilean authorities was a letter of no objection to the flight from the Isle of Man Aircraft Registry.

However, the final decision was to be taken by the Operator of the aircraft.

The Operator took several months creating a thorough operational risk assessment (ORA) taking into account the factors unique to the Antarctic. There is no AIP for this airfield, however there is an AFIM, also SCGC authorities provide photographs.

It was important to check what impact the latitude would have on avionics functions, airframe, de-icing etc. The ORA highlighted that the nose wheel was particularly important, the concern being as to whether or not it would flick up ice into engines.

Reviews were carried out by the IOMAR of the iterations of the ORA to ensure that risks had been identified and that mitigations applied were appropriate.

The ORA process resulted in the following operating conditions/limitations put in place by the Operator: 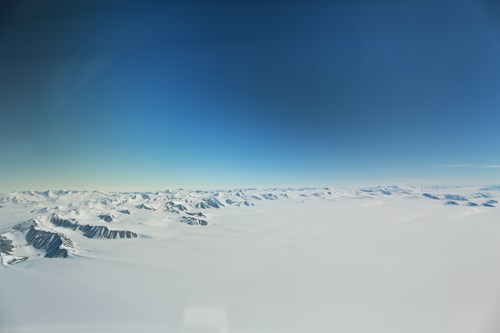 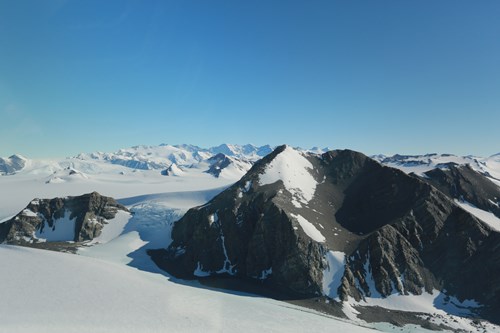 The ORA highlighted the fact that these flights were demanding of the flight crew and the following were deemed critical in selecting the appropriate crew members: 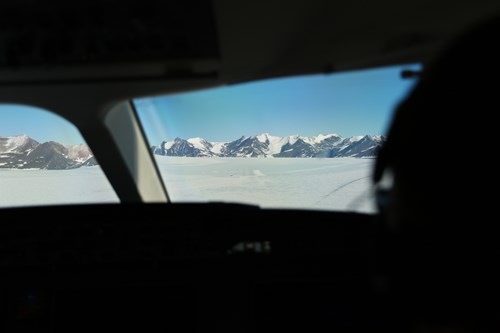 The first return flight was completed on 28th December 2017.

The ideal minimum weather condition to operate into SCGC is a cloud base broken of 5000 feet and a visibility of 20 km. Prior to dispatch from Punta Arenas (SCCI), the TAF indicated a minimum of 3000 feet broken and more than 20 km visibility. The crew took the decision to dispatch and inform the passengers about the possibility of having to return to Punta Arenas.

The crew encountered a cloud base of 2000 feet ceiling on arrival. Whilst the crew were mentally prepared for a turn around, it was apparent that there were some gaps in the cloud towards the South and it was found that this was suitable to make a safe descent whilst remaining under VMC.

During final approach the wind was unstable with some tailwind on runway landing (3 or 4 knots). A 5 knots tailwind is considered the maximum and any greater would require a circle to land on runway 36.

The crew reported that the PAPI lights were excellent and at a good angle.

However, on landing the runway was found to be the minimum standard for a business jet, in fact maybe too bumpy on the first landing

The runway temperature was -9° and the surface was slippery and required ¾ length to stop which matched the performance calculation.

With runway preparation surface limitations due to the time and equipment, following the landing the crew reported they would prefer the runway to be narrower but longer, if both cannot be completed, considering the performance (3/4 of the runway to stop the plane). For a business jet 30m width for whole length would be good, with surface outside acceptable too. The centreline was easy to define.

Fortunately, no sun cups were reported as landing cannot be performed if sun cups are present on the runway. (Editor’s Note: sun cups are bowl-shaped open depressions into a snow surface, normally wider than they are deep. They form closely packed, honeycomb, often hexagonal, patterns with sharp narrow ridges separating smoothly concave hollows. The depressions are typically 2–50 cm deep.)

The aircraft was heavy due to return and reserve fuel load plus crew and passengers, this meant the aircraft was slower to come to a stop, reverse thrust only was used to stop the plane, to avoid possible differential braking and drift. The crew were aware that the brakes on ice have little effect at high speed. 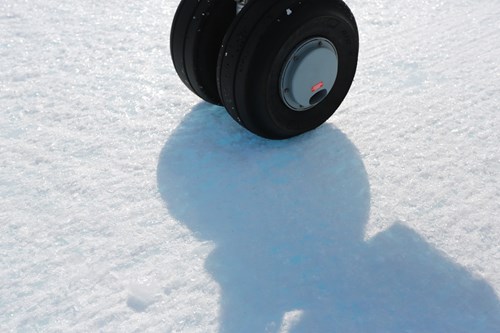 M-OUNT turned off engine 1 and 2, keeping engine 3 and APU running to ensure 2 sources of bleed air for engine start. There is no ground power in SCGC. 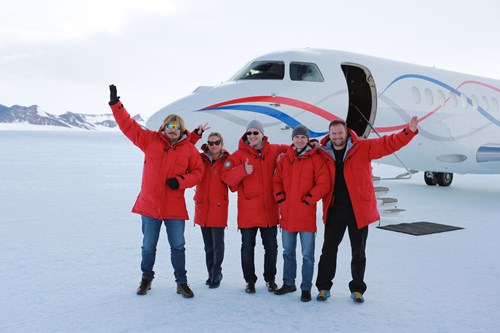 M-OUNT went back for a second helping and performed its second landing at SCGC on 1st January 2018.

On this occasion the runway was reported as being in excellent condition, length and width good and, despite temperature being -6°, it was less slippery due to the wind.

Due to the clear sky condition and the previous experience, the second landing was less demanding. The crew expressed nevertheless that this is not a landing to be taken lightly, but they emphasised again the importance of appropriate pilot experience.

The flights enabled M-OUNT to claim the following accolades: 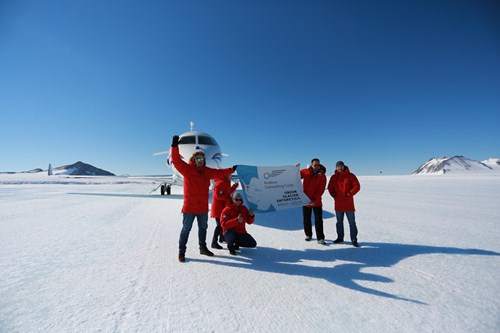 Conclusion from the Registry’s Perspective

Following the initial contact from the Operator, the Registry provided a single point of contact and reviewed the ORA, providing feedback and further enhancements.  Once the Registry reached an appropriate level of satisfaction that the risks had been appropriately mitigated and the required operational and emergency equipment for polar operations were identified, a Letter of No Operational Objection was issued to the Operator.

The team at the Isle of Man Aircraft Registry live and breathe the mantra ‘Safety with Service’.

Aircraft M-OUNT’s journey to Antarctica being an example of how safety oversight is managed, and high levels of customer service are delivered. Whilst this event may have been unusual, our team’s pragmatic approach when working with the operator to understand the unique challenges of the task, quantifying the risks and challenging the assessment mitigations, was a successful one.

An aircraft on the Isle of Man Aircraft Register recently became one of very few aircraft to have made a stopover at St Helena Airport. 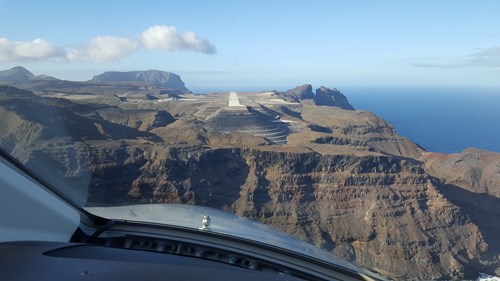 St Helena is a British Overseas Territory in the South Atlantic Ocean. The island’s airport opened in 2016 but commercial flights are yet to commence and due to challenging wind shear conditions and unusual runway characteristics, the airport is Cat C and requires the approval of the aircraft’s State of Registry.

The operator, airport and the Isle of Man Aircraft Registry worked in collaboration to undertake a detailed review of the local procedures and restrictions and assess the results of recent St Helena flight trials. This resulted in the operator being able to develop robust operational procedures and limitations to be applied in accordance with and in the context of their Safety Management System​. 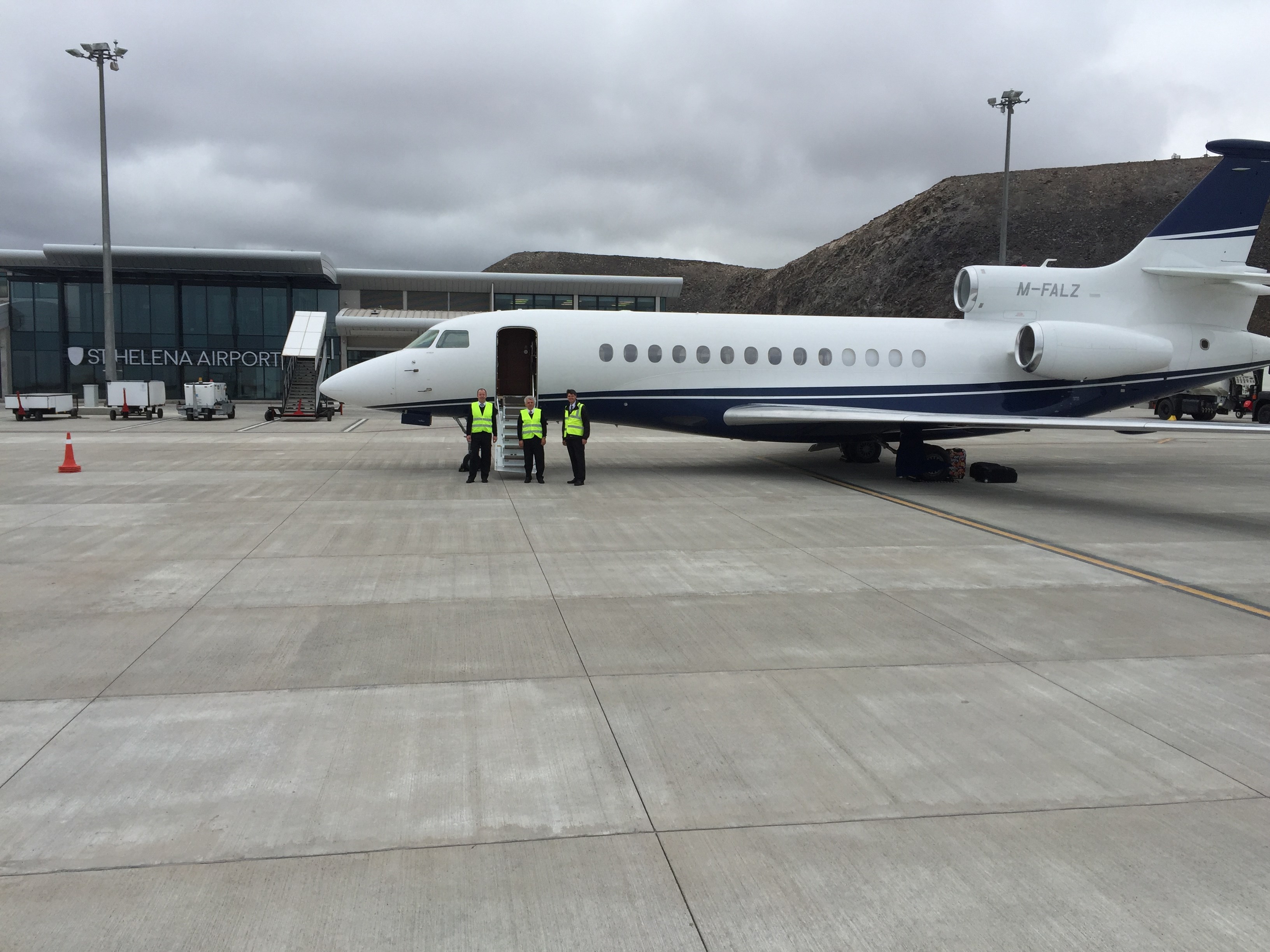 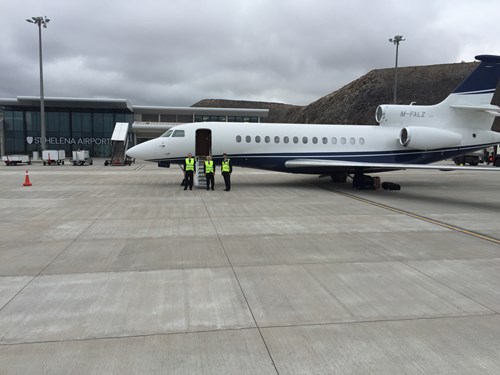