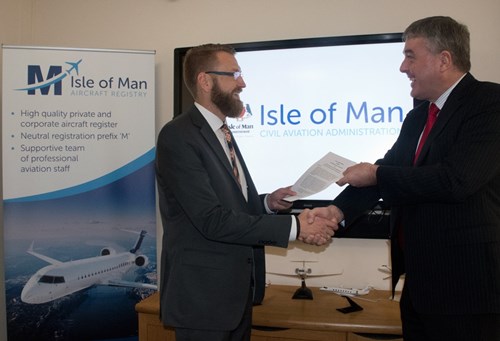 The proactive cooperation between the 2 largest European business and corporate aircraft registries is intended to enhance efficiency for all parties involved (including industry) whilst ensuring that the highest relevant aviation safety standards are met. The agreement also facilitates alignment with ICAO standards for non-commercial aircraft which require that oversight is coordinated between the State in which the operating base is located and the State of Registry. This latest agreement replicates a similar letter of understanding with the UK CAA and builds on the proactive international cooperation between the Isle of Man Aircraft Registry and its strategic safety partners.

The Isle of Man Aircraft Registry continues to work tirelessly in support of our aircraft owners and operators.